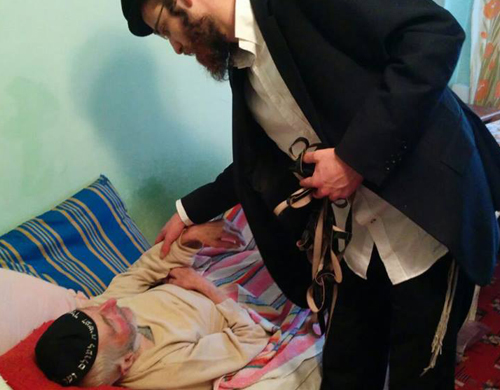 Chabad Soup Kistchen is a charity like no other.

Moldova is an impoverished republic with a wealth of history. It’s Jewish community was once one of the most vibrant in the world. This once-thriving community severely depleted through the scourge of the Holocaust, decades of Communist repression and youth emigration.

Chabad Soup Kitchen was founded in 1990, during the early years of post-Soviet political and economic turmoil, undertaking the fundamental mission of supporting the welfare of the Moldova’s long-downtrodden Jewish community as the only way of life they knew disappeared around them.

The Soviet government promised a host of social benefits to its citizens, intended to provide every person with their essential needs throughout their lifetime. That government collapsed in 1990, plunging the nation into economic turmoil and removing the safety net that pensioners had imagined they could rely upon in their retirement years. Those who could, emigrated to find security and opportunity, leaving behind a remnant of the poor and elderly.

Since those troubled years in the early 1990s, Chabad soup kitchen has been a lifeline to Moldova’s elderly and indigent by offering critical food aid programs available through our dining hall in Kishinev’s Valea Dicescu district, as well as home delivery through our robust volunteer base.

In a nation where the average salary is less than $400 per month, Chabad Soup Kitchen is a cornerstone of the Jewish Community.